Eparch Anthony regarded Patriarch Nikon as “the greatest person in the history of Russia”.

Nikon was born in May 1605 in the peasant family in the village Veldemanovo in the district of Nizhny-Novgorod. His secular name was Nikita Minin. His childhood was rather hard as he lived with his inhuman stepmother who abused him and even tried to kill. However, since his young age Nikon took an interest in theologies, so he became a novice of Zheltovodsky Makaryevsky Monastery, where he acquired knowledge of architecture and construction.

But at the insistence of his family he married and became a priest. While a priest he lived in Moscow for about 9 years. Shortly afterwards, seeing in the loss of his three little children a providential warning to seek the higher life, he first persuaded his wife to take the veil and then withdrew himself first to a desolate hermitage on the isle of Anzersky on the White Sea where in 1636 he took the monastic vows. On becoming a monk he took the name of Nikon. He eventually reached the Kozhezersky monastery, in the diocese of Novgorod, of which he became a hegumen in 1643.

In 1646 Nikon came to Moscow for alms and met the 16-year-old Tsar Alexius. The latter was so impressed by Nikon’s spirituality, deep asceticism and wide knowledge that he did not want to let him go and appointed him an archimandrite of the wealthy Novospassky monastery in Moscow, and in 1648 metropolitan of Great Novgorod. Finally he was elected a Patriarch of Moscow and All Russia. The bond between the Tsar and Nikon was extremely strong. Alexius regarded the Patriarch as his own father, called him a close friend. During the reign of Alexius, Nikon built three monasteries, one of which, made after the model of the Anastasis and called “New Jerusalim” is numbered among the famous Lavras of Russia.

The chief event of Nikon’s reign was the reform of the service books. The Bible and books used in church in Russia were translated from Greek into old Slavonic. But gradually many mistranslations and corruptions of the text had crept in. There were also details of ritual in which the Russian Church had forsaken the custom of Constantinople. Nikon’s work was to restore all these points to exact conformity with the Greek original. At last, with the approval of the Greek patriarchs, Nikon published the reformed service books and made laws insisting on conformity with Greek custom in all points of ritual (1655-1658). A new Synod in 1656 confirmed this, excommunicated everyone who made the sign of the cross except with three fingers, and forbade the rebaptizing of Latin converts. This aroused a strong party of opposition. The patriarch was accused of antinational sentiments, of trying to Hellenize the Russian Church, of corrupting the old faith.

In the year 1658 Nikon suddenly fell. He offered his resignation to the tsar and it was accepted. The opposition to him became stronger. In 1667 a great synod was summoned. The Patriarchs of Alexandria and Antioch came to Russia; a great number of Russian and Greek metropolitans sat as judges. The tsar himself appeared as accuser of his former friend.

Nikon was accused of neglecting his duties since 1658, of having betrayed his Church. The synod lasted a week; but at last in its eighth session it declared him deposed from the patriarchate, suspended from all offices but those of a simple monk, and sentenced him to confinement in a monastery (Ferapontov) on the White Sea.
Nikon’s imprisonment was very severe.

In 1675 he was taken to another monastery (of St. Cyril) and his treatment was lightened. Alexius towards the end of his life repented of his harsh treatment of the former patriarch, and from his death-bed sent to ask his forgiveness. The next tsar, Feodor II (1676-82) allowed him to return to his New Jerusalem monastery. On the way thither Nikon died (17 August, 1681). He was buried with the honours of a patriarch, and all decrees against him were revoked after his death.

Thus as Nikon’s biography shows, the patriarch was a person of deep spirituality and a typical representative of Russian Orthodoxy. 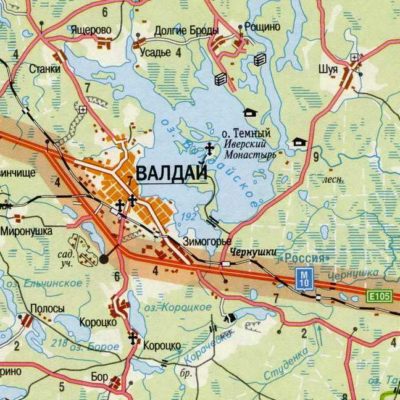